Launched campaign “I am thinking of us-I buy organic”

The conference “Iam thinking of us – I buy organic” was held within the 89th International Agricultural Fair in Novi Sad.

The campaign is part of the Organic Trade for Development in Eastern Europe (OT4D) project, supported by the Swiss State Secretariat for Economic Affairs (SECO) and implemented by IFOAM (International Organic Production Association), Helvetas (Swiss Agency for International Cooperation) and FiBL (Swiss Research). Institute of Organic Agriculture), and is being implemented in Serbia, Albania and Ukraine. National Association for the Development of Organic Production Serbia Organika is a partner in the implementation of activities in Serbia. The goal of this project is to promote the export of organic products as well as to promote and increase the demand for domestic organic products.

“I  AM THINKING OF US – I buy organic” is a promotional campaign designed to show the public that by producing and using organic products WE THINKING OF US, our own health and the health of our family, but also the future of the planet and that it is an unbreakable chain we all do it together.

The campaign will bring the values ​​of organic domestic products closer to the public and connect producers, consumers and traders by presenting the story of some of our producers, who will share a part of their everyday life and specifics of organic production with everyone. production and their example inspire others to take this path. 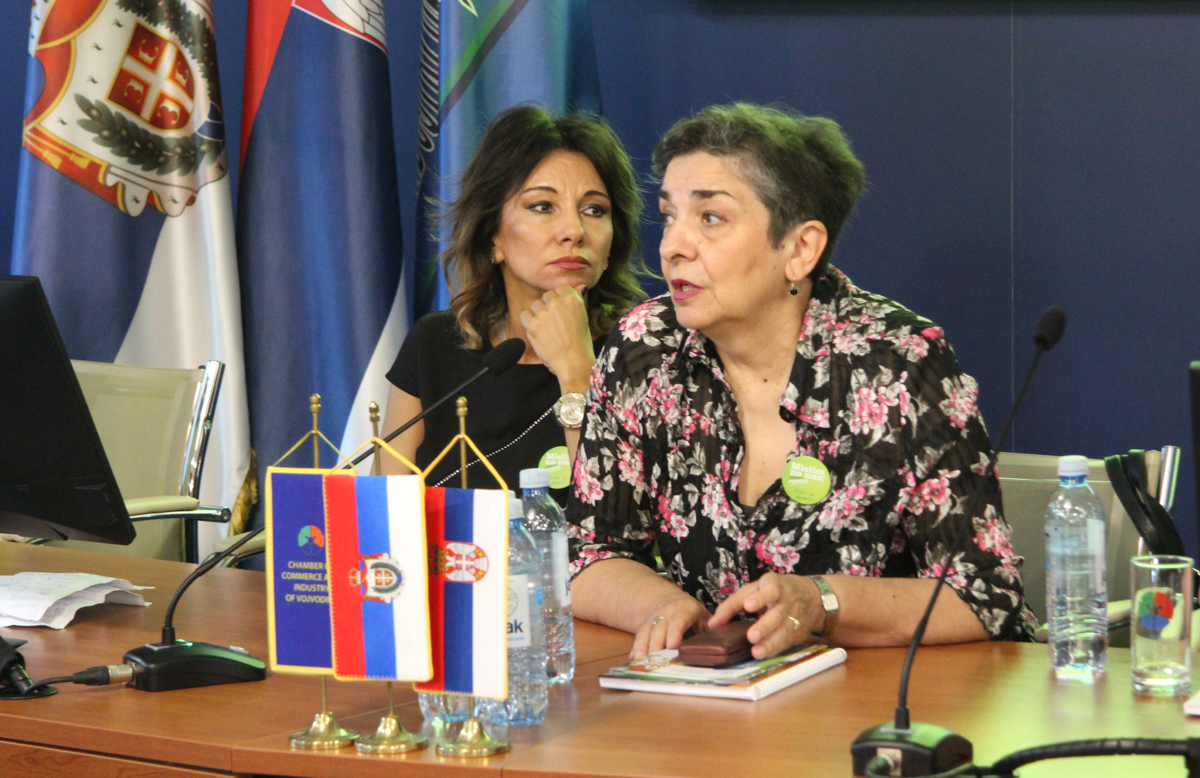 “Serbian organic products are exported worldwide, although EU countries are our most important partners in this segment of exports, where we have seen a significant trend in the last decade, and in just the last two years, exports of organic products increased by almost 95% and amounted to 58 million euros. in 2021.
The Ministry of Agriculture will continue to support the organic production sector in the coming years by further creating appropriate measures in cooperation with stakeholders that should contribute to even more significant and intensive growth, “said the Assistant Minister for International Cooperation and EU Integration. Vedrana Ilić. 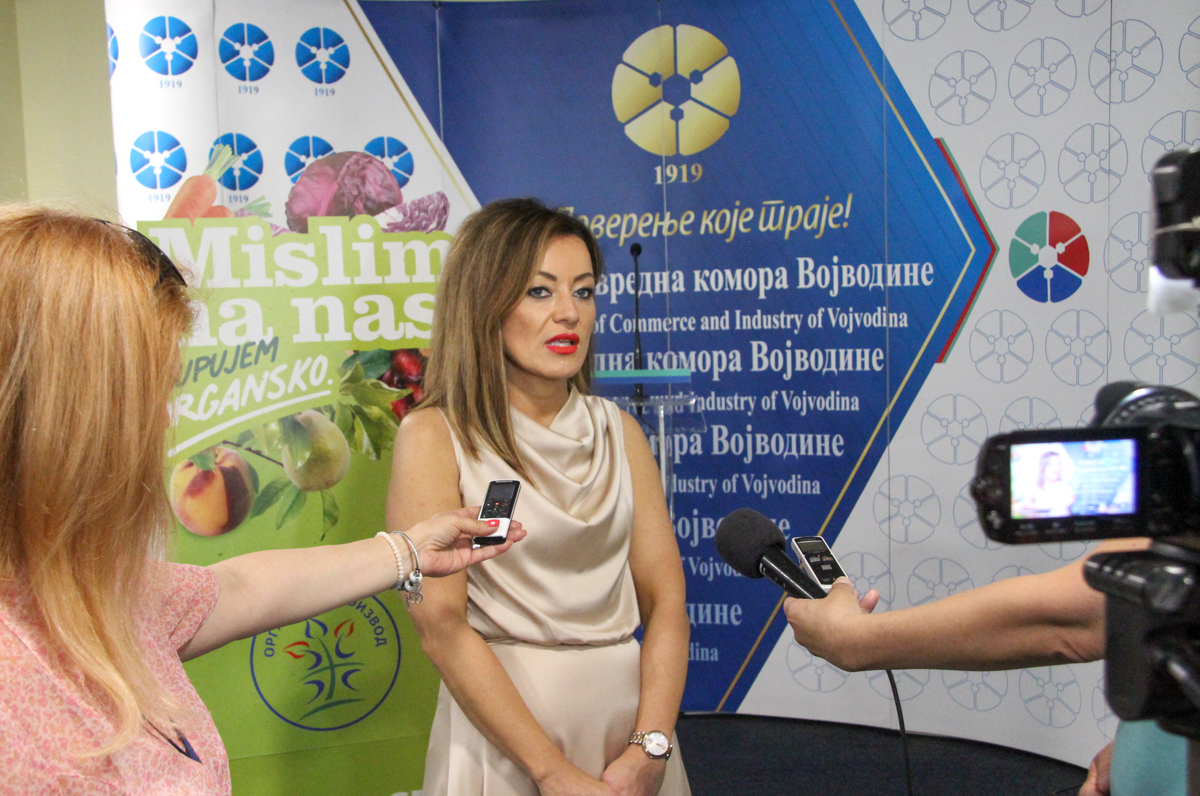 Organic production has been growing steadily for years and aspires to become the dominant mode of agricultural and food production in Europe and around the world.

In Serbia, it is also one of the most promising sectors of food production, and recognizing that the Ministry of Agriculture, Forestry and Water Management has in recent years created a series of measures to support organic production that affect the creation of a stimulating environment for more intensive development.

In the previous 5 years, the incentives for organic plant production have increased 5 times, reaching the amount of 28,000 dinars / ha this year, and the annual budget 380 million dinars. Domestic regulations are regularly harmonized with EU legislation, and a new law will be passed by next year, which will be harmonized with the new EU regulations, the implementation of which began in 2022. All these measures have contributed to the fact that in the previous 5 years, the areas involved in organic production and the number of organic producers have doubled.

“Organic production in Serbia has been developing intensively in the last decade, the areas under this production are expanding, the number of organic producers is increasing, and the market is increasingly looking for and recognizing the added value of organic products. Through thirteen years of Serbia Organica’s efforts, together with state and other institutions, the sector has strengthened, occupies an important place and is more able to respond to the growing demands of domestic and foreign markets, “said Ivana Simic, Secretary General of Serbia Organica.

Ms Niamh Holland-Essoh, Senior Communications Manager at IFOAM – Organics International encourages Serbians to participate in the campaign to make it a success, so that Serbia can produce more organic and high-quality products, become more competitive in organic markets both in Serbia and beyond, and facilitate access to high-quality , healthy, nutritious, safe and tasty produce. “Our local research indicates an increasing demand in Serbia for high- quality, safe products. Growing and producing organically is one of the best ways meet this demand as it means products are grown in harmony with nature. Promoting organic development for domestic and export markets will strengthen sustainable economic development in  Serbia, boost employment opportunities in rural areas, have a direct impact on rural livelihoods as well as on the health of people living in Serbia. 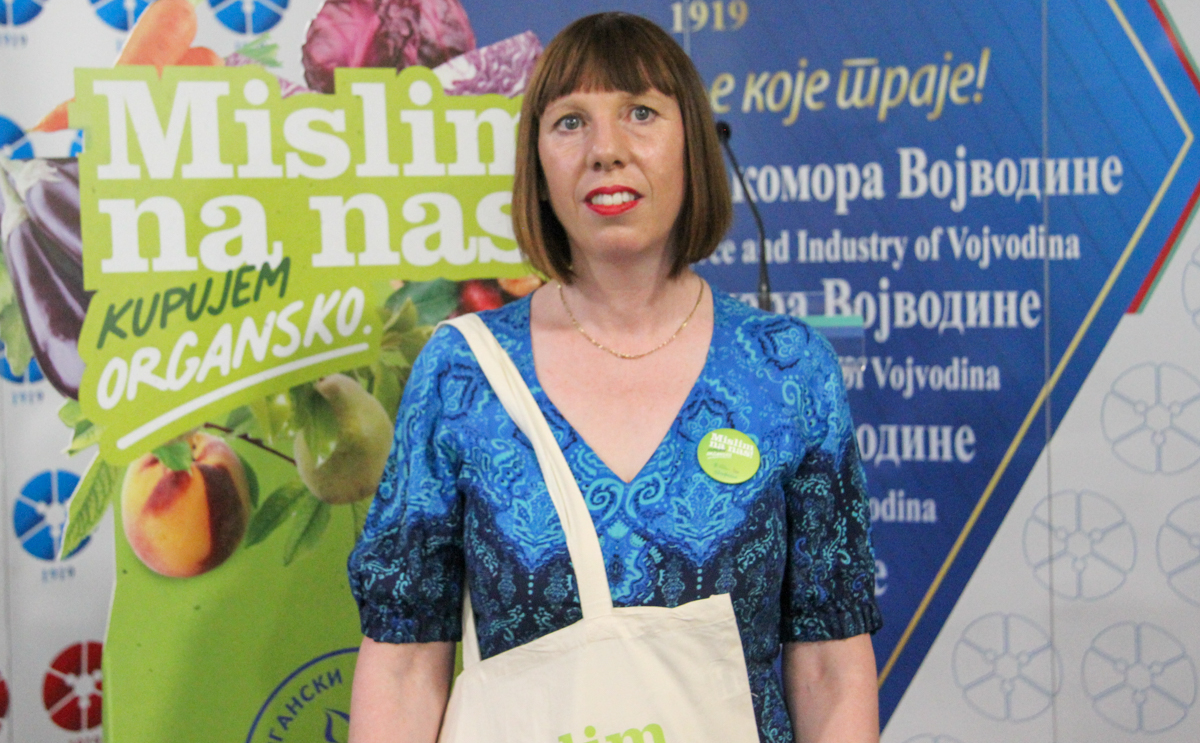 “The organic market in Serbia has a stable growth, but it is certain that we need many more people to understand the concept of organic production in order for it to continue to develop. The campaign I THINK OF US – I buy organic, addresses those who have not yet become part of the organic family, primarily as customers, but also participants in the chain of maintaining healthy principles of food production and business in general, “said Veljko Jovanovic, Advisor to the Chamber of Commerce Of Serbia

Database of organic production
Literature
Organic News
Our Projects
Our partners
Gallery
Promotion material
Campaign for organic production "I AM THINKING OF US - I buy organic"
Ambassador of the European Union to Serbia, Emanuele Ziofre and the Minister of European Integration, Jadranka Joksimović, visited the Exhibition of Organic Production