Following the passed few years, there has been a substantial global increase in the demand and consumption of above-mentioned products. With this increase of the world market for organic food, Serbia has a strong opportunity to, through its exports, satisfy this growing demand. Achieving this, Serbian certified organic food has a potential of achieving a notable international presence.The National Association, Serbia Organica, represents a founding and crucial pillar for the development of organic production in Serbia.

From fertile plains of the north to the mountainous south-west and east, food and agriculture have always been a strong part of the nation’s tradition, identity and pride.

If you’re looking for the true heart of Serbia, you’ll find it pulsating with energy and care across more than 3 mill ha of agriculture land, and discover that its filled with hearty corn, raspberry, plum, wheat, soy, sunflower, apple…

When you think of Serbia, think about great, healthy, organic food, raised by family run businesses with care and love.

In the last decade, these family organic businesses grew intensively. At the moment, more than 6.000 certificate holders put their care and dedication to work on about 14.000 ha of the most fertile soil, raising organic cereals, fruits and industrial plants, among which predominant are wheat, raspberry and sunflower. 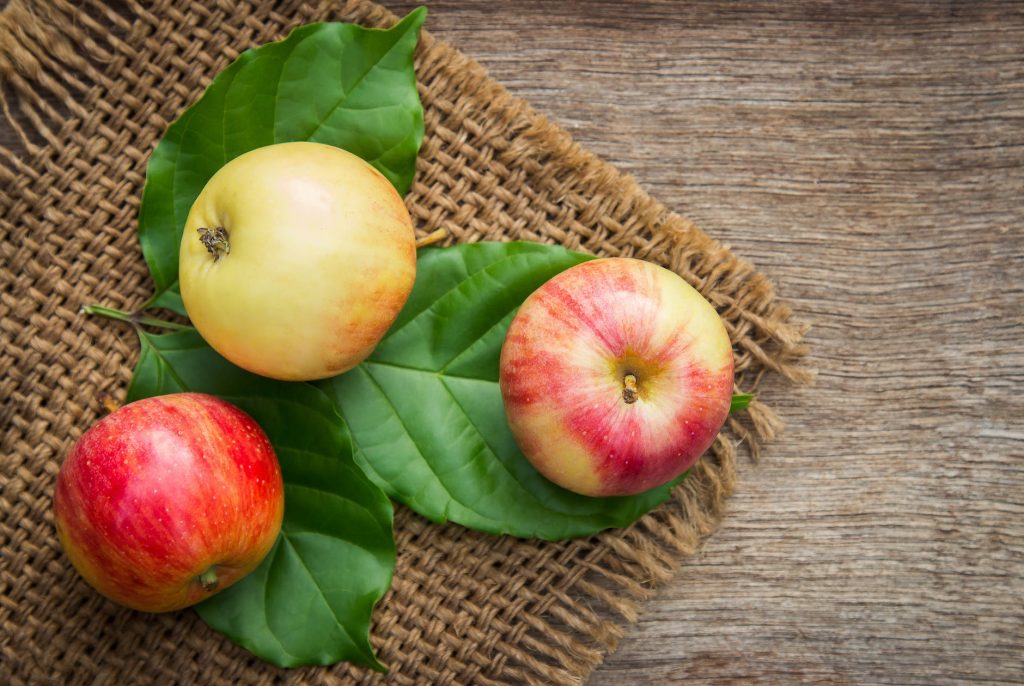 Some of these products are made in traditional ways, using old, autochthonous breeds, generational knowledge and close, respectful relationship with the land.

Others are innovative, made for contemporary users and markets, such as special types of virgin and cold pressed pumpkin seed and sesame oils, fruit chips, spreads made of grilled peppers, jams of wild fruits, buckwheat flour, etc.

Whether contemporary or old-style, the main quality of Serbian organic products grows from the same, unchanging cradle: Serbian love for the land and pride for their quality food. 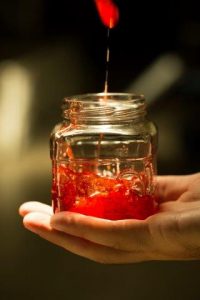 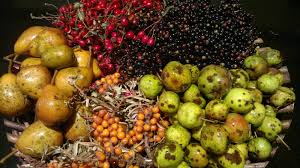 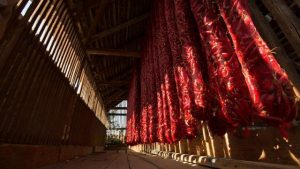 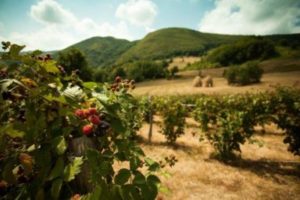 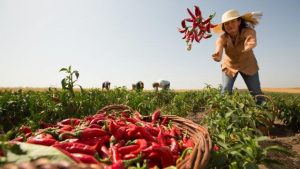 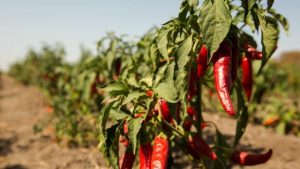 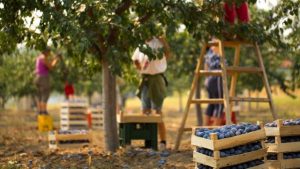 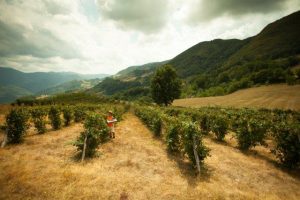 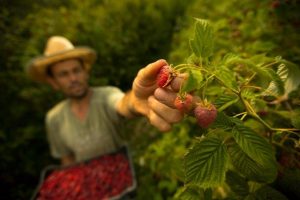 Application of organic principles in Serbia started long before legal framework was created.Organic production was initiated first in south Serbia around Blace region in 1989 as business initiative of Lion Foods Company that resulted in export of first consignment of organic fruit from Serbia in 1990.Development of non-governmental organic sector in Serbia began in 1990 when Association Terra’s was established in the municipality of Subotica. This NGO began as part  of the Open University  of  Subotica and  had  representatives of  the  University  of  Novi  Sad  as members. Terra’s association carried out numerous campaigns with the aim of promoting organic production according to IFOAM standards (International Federation of Organic Movement) standards, becoming a member of this foundation in 1992. In 1997 Terra’s hosted an IFOAM Conference on organic agriculture in Central East European countries and remained for long time the driving force behind the development of Serbia’s organic sector, as formal and informal groups promoting the sector began emerging elsewhere in the country as well. The first Law on Organic Agriculture in Serbia was passed in 2001, while it was still part of the Federal   Republic of Yugoslavia. Following  the  change of government in 2000, foreign  investments started coming  in, with buyers,  projects  and  donors  bringing knowledge and  export  possibilities as well. Avalon from the Netherlands, SIDA from Sweden and Diaconia from Germany were the first foreign organizations to promote organic farming in Serbia with regional projects. In 2003, GIZ supported Terra’s in establishing cooperation with the German certification firm BCS, thereby laying the foundation for the first certification body in Serbia. These international organisations recognised the potential of organic production in Serbia and facilitated the establishment of new organic associations, primarily on local and regional levels, and several companies began working on export- oriented organic production. In 2004, GIZ supported the first participation of Serbian traders and processing companies at the Biofach international bio-fair in Nuremberg, Germany. Together with the Green Network of Vojvodina, Terra’s started the development of the local market and, as a result, the first Biofest was held in Subotica in 2005. 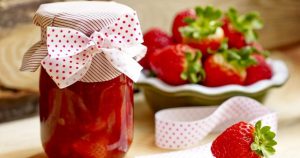 In subsequent years, in addition to the GIZ, SIPPO from Switzerland, USAID and Ministry of Agriculture, Forestry and Water Management (MAFWM) also supported participation of Serbian producers and business people at the Biofach fair.

In May 2009 when National association for organic agriculture, Serbia Organica, was founded players in organic sector were united and interests of organic producers and others sector’s participants lobbied for within governmental institutions and stimulating interaction and promoting organic farming and processing, both at home and abroad. The National Association “Serbia Organica” (NASO) currently gathers about 80% of the sector players, who are also present in other related associations and organisations. A large number of members come from primary production, processing, certification, trade, academic and other institution.

The organic production sector in the Republic of Serbia has seen growth in terms of acreage and in terms of number of producers involved in this production, as well as by the number of enterprises engaged in processing of primary products.

– producers who directly conclude a contract with the control organization on the performance of the control and certification in organic production and independently bear the costs;

* including group certification or subcontractors

These areas include meadows and pastures, while the areas used for the collection of wild berry fruit, mushrooms and medicinal herbs are not included. In Serbia, there is no defined method on which the information can be obtained about the total area where the collection of wild plant species takes place from their natural habitats.

Vojvodina is the region with the largest share of the areas involved in organic production, 53.67%, followed by the region of South and East Serbia 32.39%, and the region of Sumadija and western Serbia -13.67% in 2016.

Organic production in Serbia is mostly export oriented. Production for export must be certified in accordance with market requirements. The certification organization must also be accredited according to the requirements of the standards and regulations of the country in which it is exported. The estimate is that only 1% of organic food produced is sold on the domestic market. Serbia currently exports over 99% of organically produced food, and the demand for a certain number of Serbian products exceeds the supply. The largest export percentage in total exports are raspberries, cherries, apples and blueberries. The largest consumers of organic products in the EU are Germany, France, Italy and Great Britain. Traditionally, the most exported fruit are low-grade processed: raspberries, cherries, blueberries, strawberries, blackberry and apple, then concentrated fruit juices, dried raspberries, blackberry, sour cherry, medicinal herbs, mushrooms and frozen berries.

Around 90 % of production is exported to EU.

Cold storages dominate the sector, with more than 50 food processors with organic certificates.

Certain number of our companies are successful in placing organic products on foreign markets, however, the potential that Serbia has in terms of export of organic products has not been sufficiently exploited.The majority of Serbian producers complies with the international standards (ISO, IFC, BRC etc.) and are capable of answering to the needs of the global markets.

Our producers are not competitive on the foreign market on the one hand, because they produce small quantities of products that can not be placed on the market that require stable delivery of products in appropriate quantities and of equable quality, and on the other hand the lack of information on market requirements and conditions. The value of exports of organic products has increased more than 6 times in the last 6 years reaching a value of 23.2 million euros in 2017.

The value of exports of organic products in milions of euros