A group of organic producers from Serbia, led by the National Association “Serbia Organica” visited some of the actors of the Biodistrict in the Italian  Marche region during a five-day study trip.On that occasion, they had the opportunity to see on the spot the cooperation of stakeholders in this Biodistrict.

The visit of Serbian organic producers to the Marche region was realized within Project “Organic trade for development in Eastern Europe” (OT4D). OT4D is financed by the State Secretariat for Economic Affairs – SECO, and implemented by IFOAM-Organics International (International Association for Organic Agriculture) in cooperation with the consortium Helvetas (Swiss Organization for International Cooperation) and FiBL (Research Institute for Organic Agriculture), with the support of local partner –  National Association for the Development of Organic Production “Serbia Organica”.

The Marche region is one of the 12 regions of Italy, located in its central part. This region includes about 2,100 farms, 71,000 hectares of arable land with an estimated annual turnover of 100 million euros. For decades, organic farms have been present in the Marche region, which is among the leading regions in Italy in terms of arable land under organic production. The main objective of this district is to present itself as a single unit in order to have a greater role in the market both at the commercial and promotional level in Italy and abroad. Biodistricts were formed precisely in order to achieve this goal.

Alessandri Alberto, the mayor of Cagli, confirmed to us that the representatives of the local authorities are also interested in this type of cooperation . He explained the importance of the Biodistrict in the promotion of the region, environmental protection, but also the possibility of attracting finance from the European Union funds. Expressing his love and respect for Serbia, during our visit, the mayor proposed twinning the town of Cagli with some of the Serbian towns. 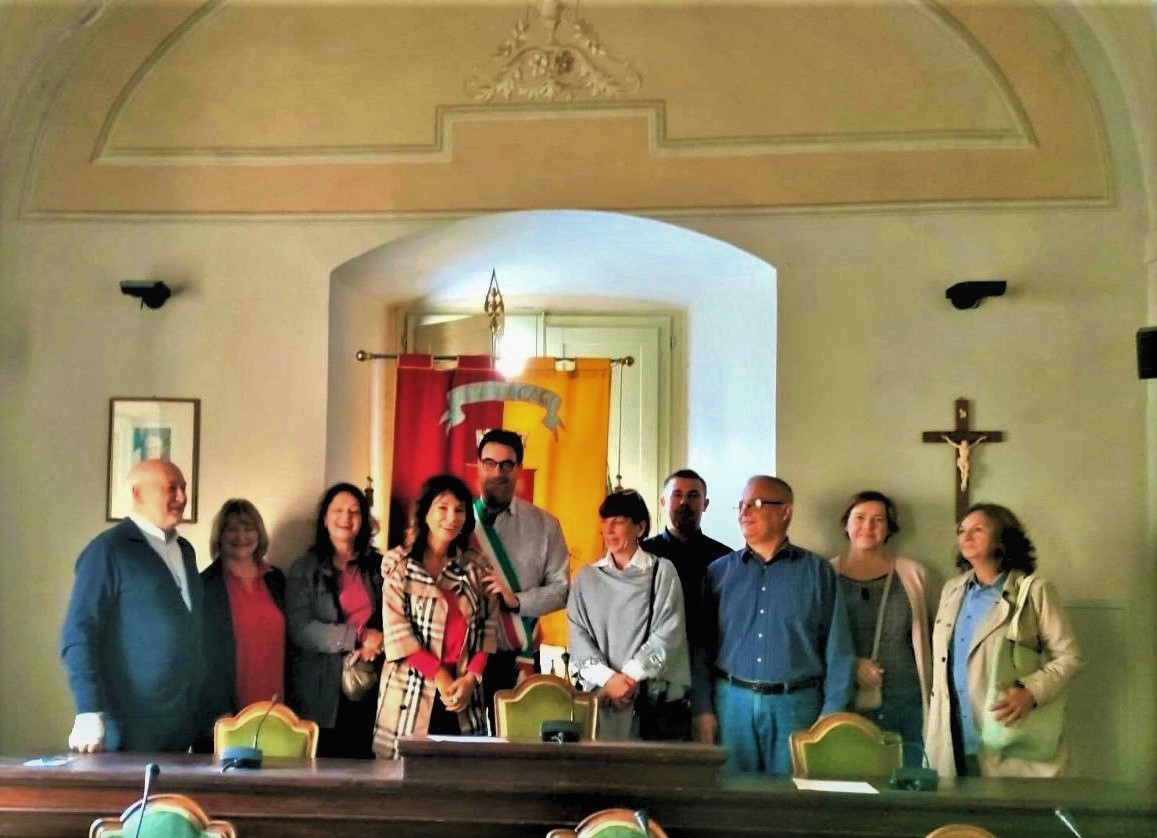 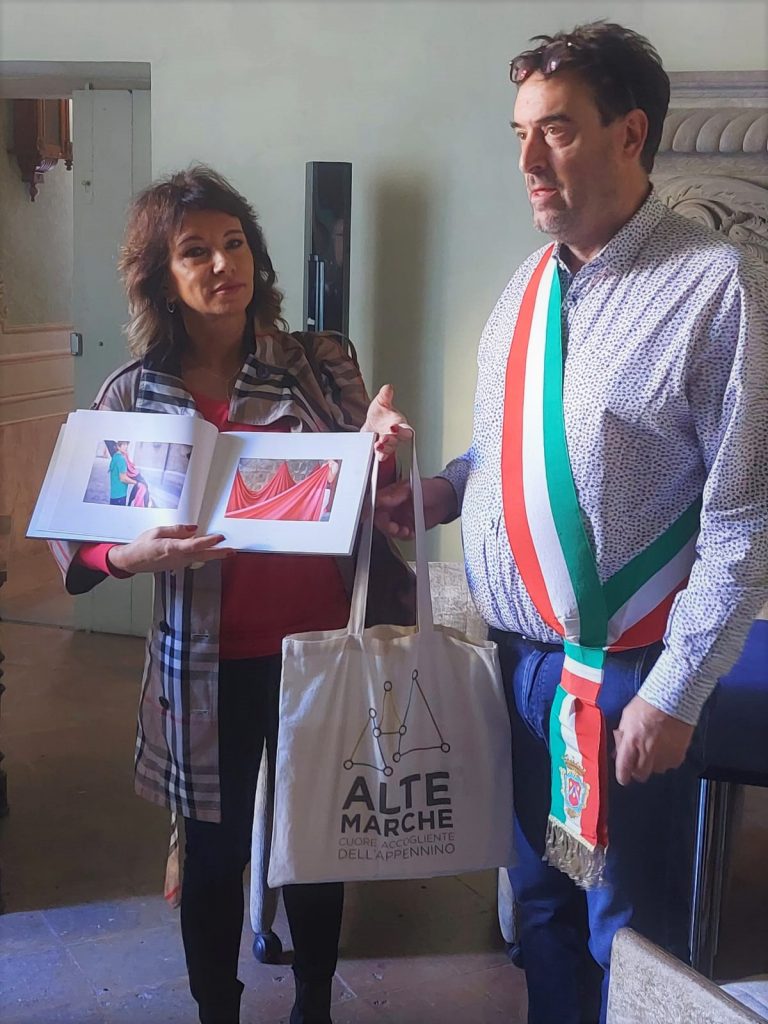 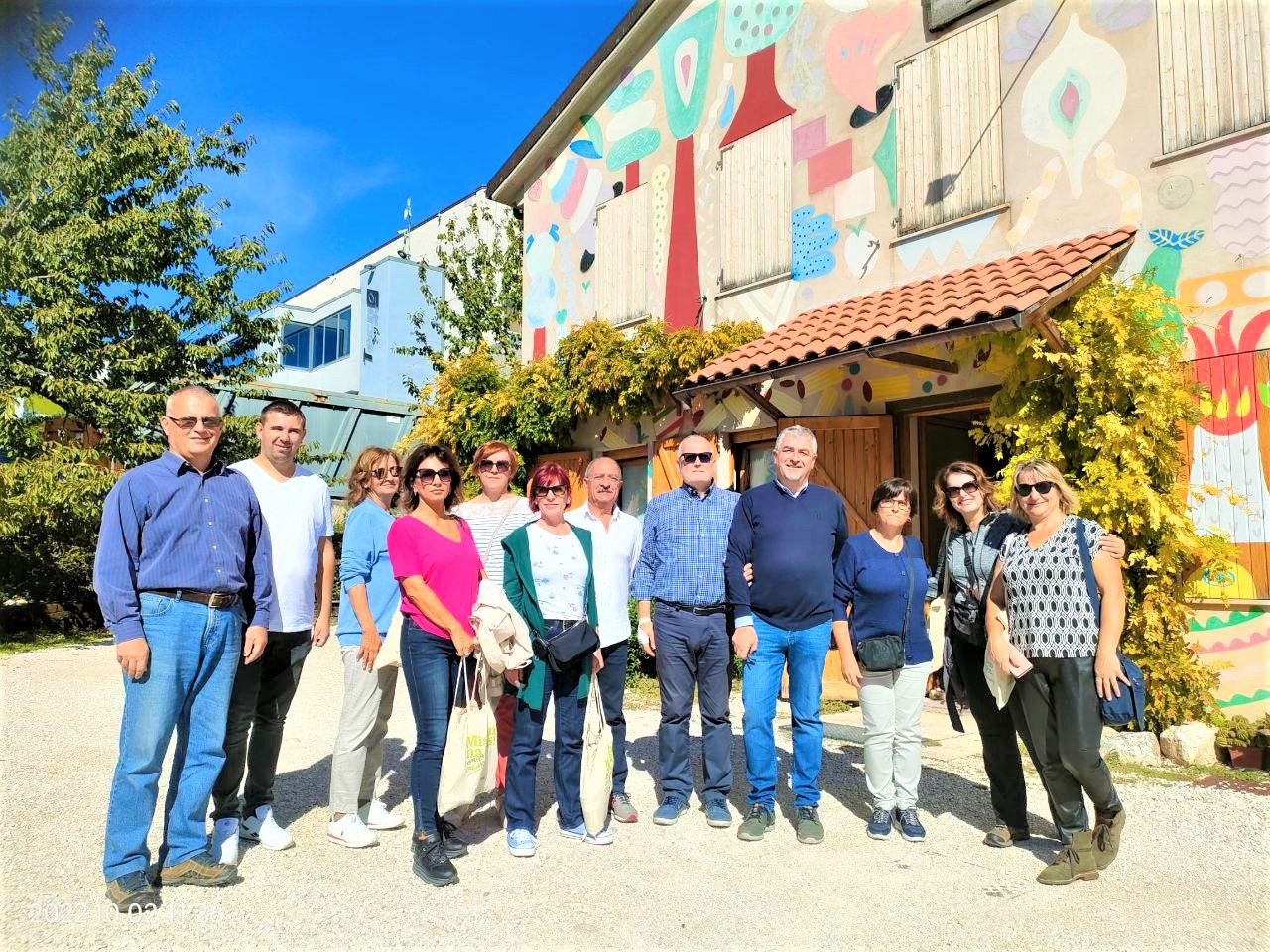 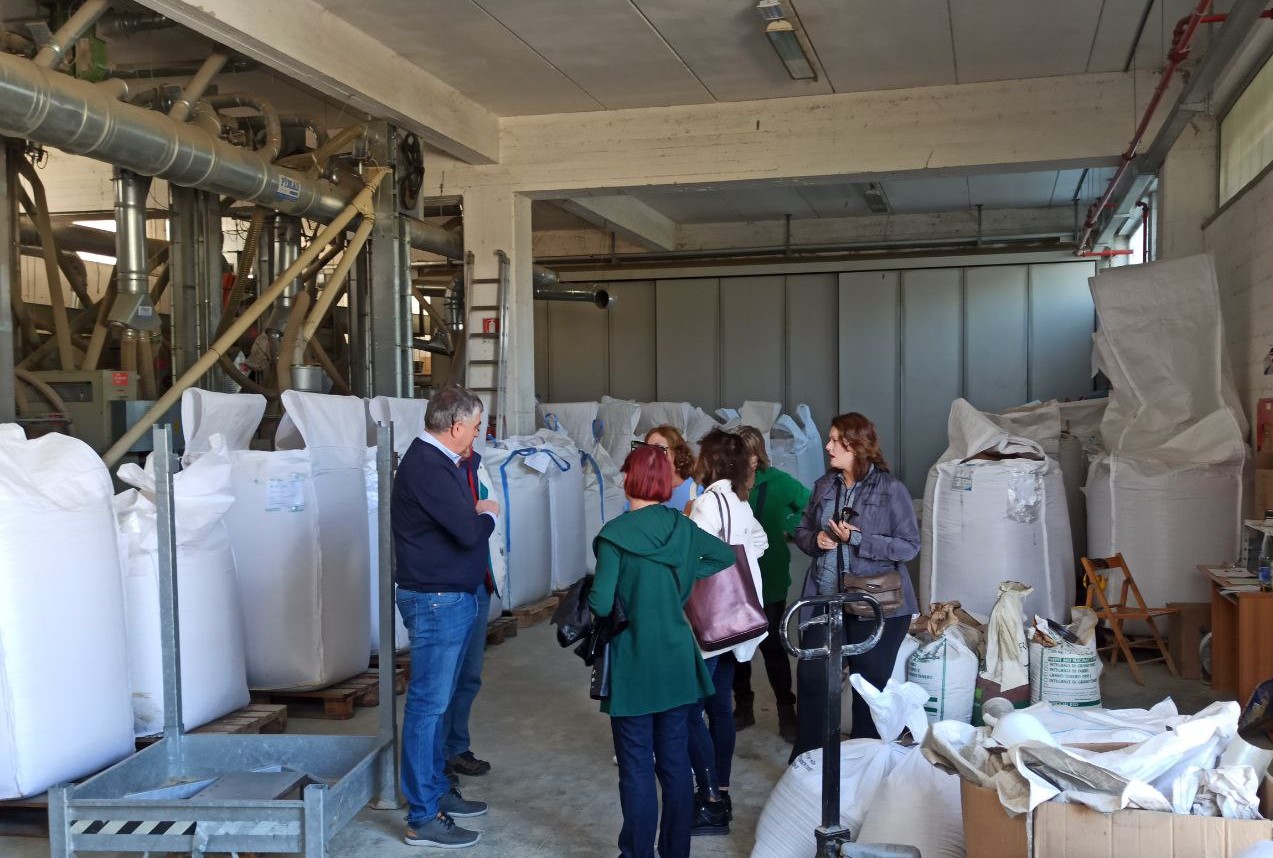 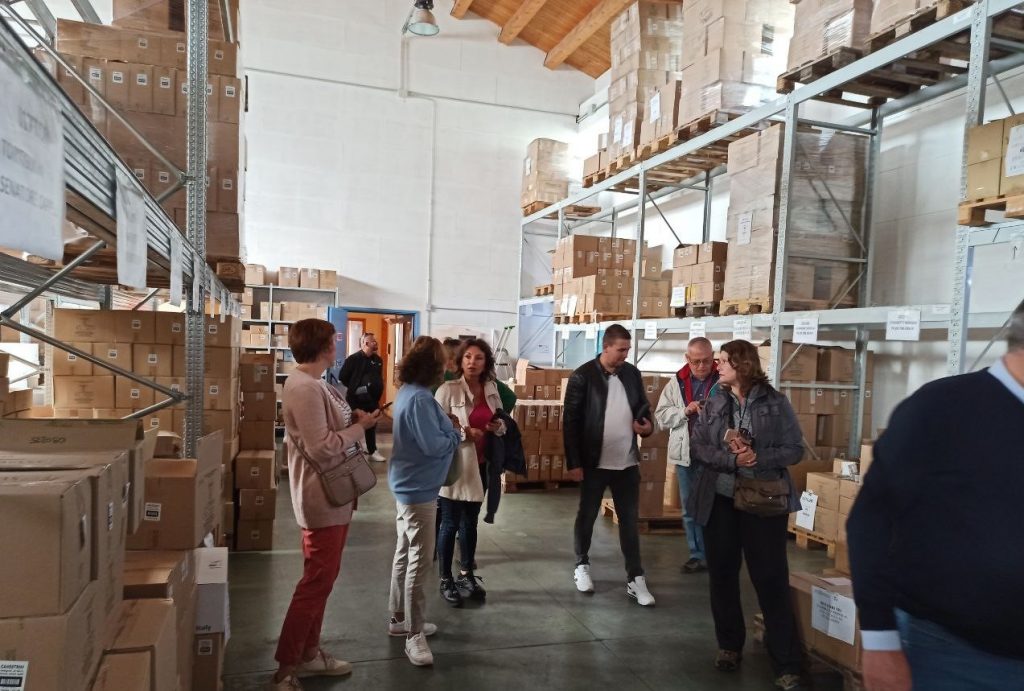 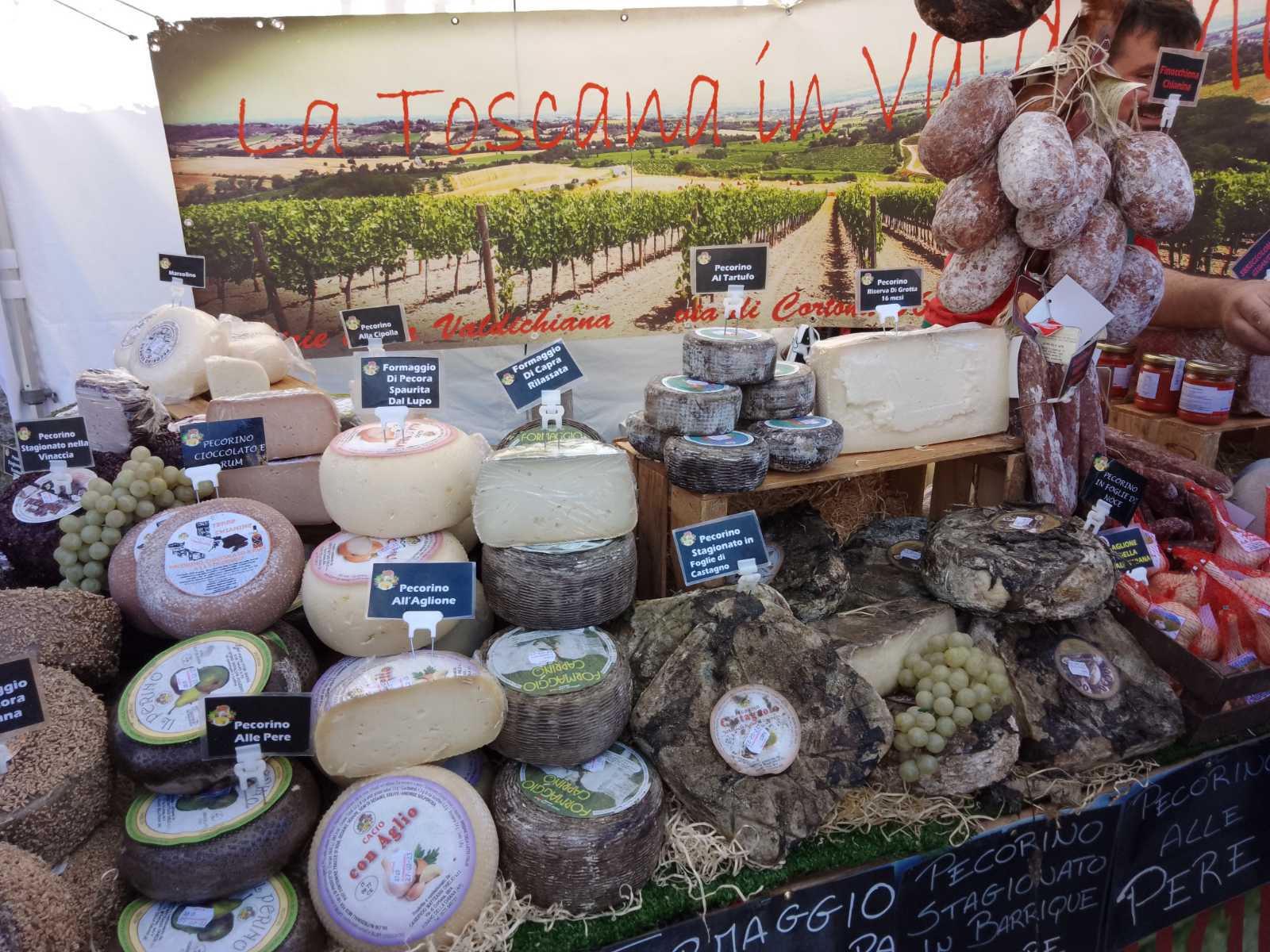 During the tour of the Marche region, we also visited several organic cooperatives. One of the largest in this part of Italy is the organic cooperative Earth and Sky (La terra e il cielo), which was created in 1980 by the brave and pioneering initiative of the founding members, at a time when conventional agriculture was ruling, and organic agriculture was an unknown sector. Today, this cooperative gathers around 100 smaller producers, mainly of cereals.

On October 2, the president of this cooperative, Bruno Sebastianelli, participated in a conference and local fair organized by the “Terra Marchigiane” Biodistrict in Monte Porcio. On that occasion, he said that the ideal of an organic farm and a rural house as an isolated reality has finally been overcome. At the conference, Ivana Simić also had the opportunity to present our umbrella association of organic producers, Serbia organica, and the participants of this study visit, and to express her hope for the possibility of building the first biodistrict in Serbia, and future more intensive cooperation. 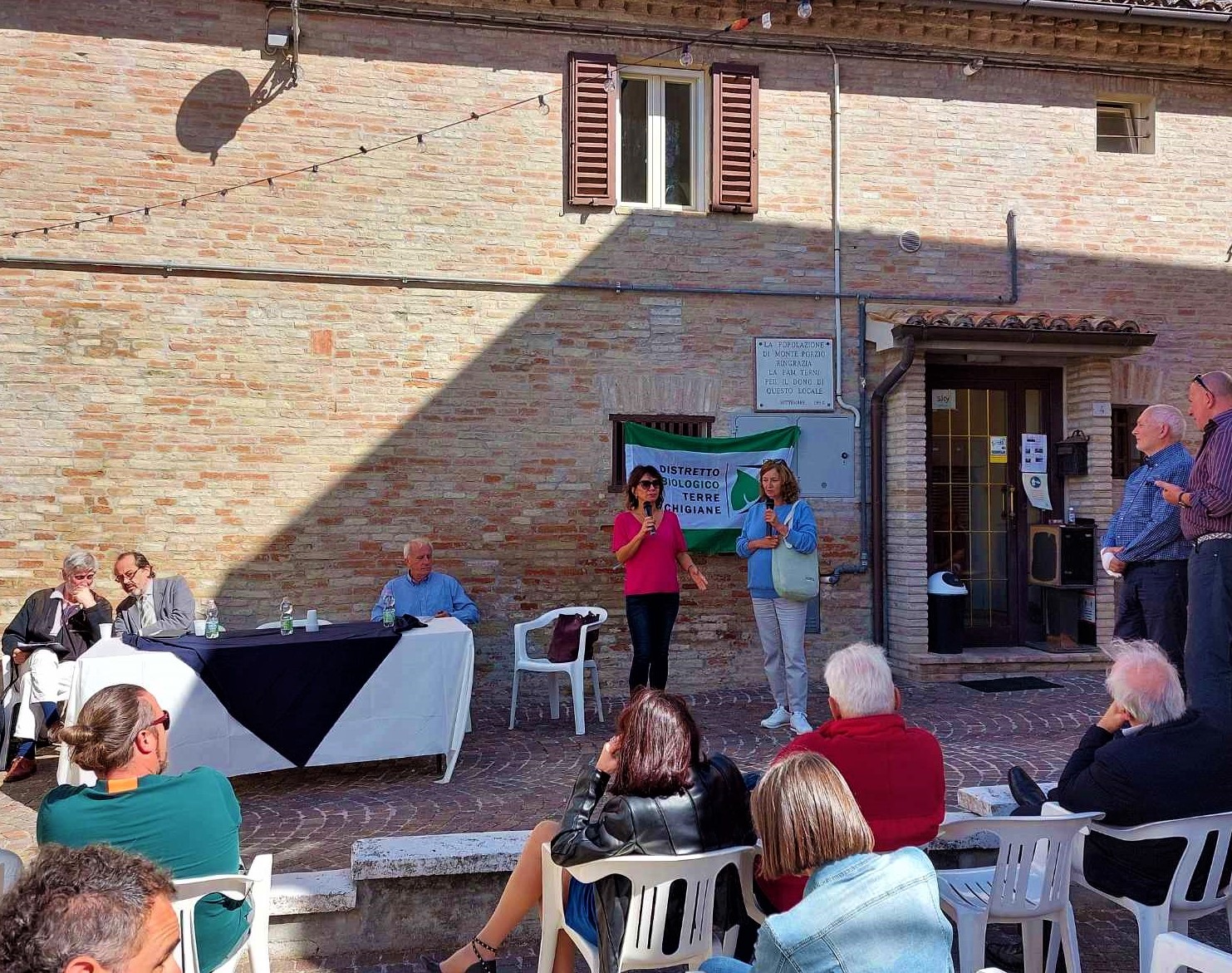 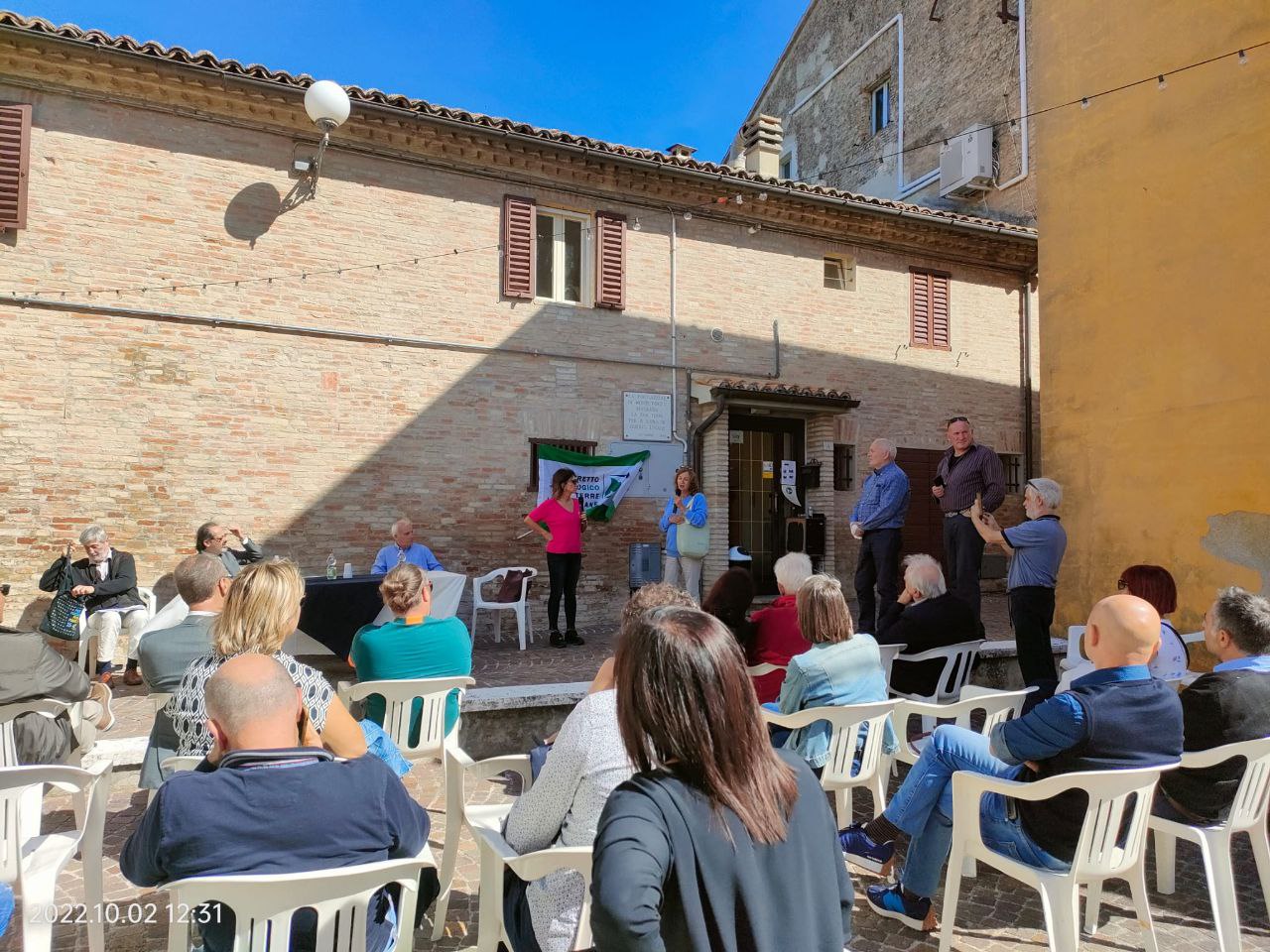 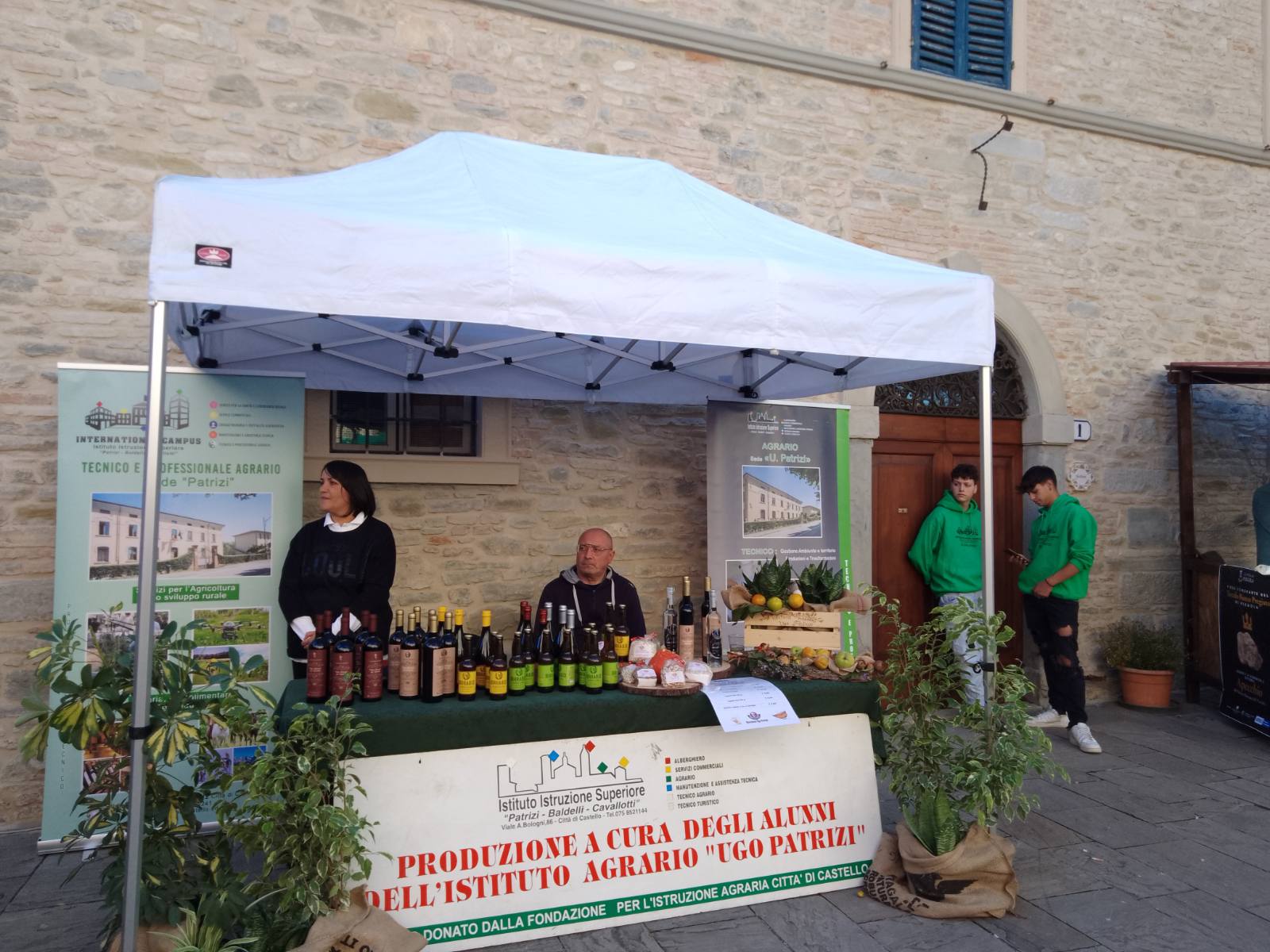 From Italy, the biodistrict movement spread throughout Europe and Africa, where dozens of them are present in France, Austria, Switzerland, Hungary, Slovakia, Portugal, Albania, Tunisia, Senegal and Morocco. This great example of the joint functioning of all actors of a local community would be good to transfer to Serbia as well.