New method for egg production: When male chicks do not even hatch

Gender determination in the egg to become a business model

The new method for sex determination in the egg was developed by scientists from the University of Leipzig and has been developed for years with the financial support of the German Federal Ministry of Agriculture. Originally, it was to be ready for series production by 2017. It is regarded as the answer of industrial egg production to the often criticised killing of male chicks.
In order to put the results of the researchers into practice, Rewe and the Dutch hatchery HatchTech Group BV founded the company Seleggt GmbH. In addition to supplying the Rewe markets, Seleggt is about to develop a business model “to make the technology available to the industry as a cost-neutral service”.

The detailed provisions of the new EU Organic Regulation in the poultry sector will be more detailed and cover more areas than before. However, organic farms with 30,000 or more laying hens remain possible.

In a test run, the German Rewe Group offers conventional eggs at whose production no male chicks are being killed. 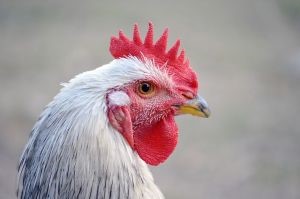 Hatchery determines the sex of the embyro in the egg

In contrast to several organic initiatives, the male brother chicks of the laying hens were not raised and later slaughtered as so called “brother cocks”. Instead, the hatchery determines the sex of the embryos in the egg. Eggs with male embryos are sorted out so that only laying hen chicks are born.

Rewe Group markets the eggs from the first test runs under the label “respeggt”, currently available in 223 Rewe and Penny stores in Berlin. In the course of 2019, respeggt-eggs will be available in all German Rewe and Penny markets. In the future, even other egg products such as noodles or cakes could be awarded the respeggt label. “Now, anyone who wants to, can contribute to ending the practice of chick killing through their purchasing behaviour,” writes Rewe.

Sorted out eggs are used as animal feed

On its website, Seleggt explains the procedure to consumers. The website texts states, among other things, that the sorted hatching eggs are processed into animal feed. Furthermore, guarantee and traceability of respeggt eggs is to be guaranteed by a blockchain technology.

Ökotest writes about the price that the eggs would cost “one to two cents more per egg”. Rewe speaks of “a few cents per pack.” Penny asks for 1.59 euros on the supply side for six respeggt free-range eggs, which would be 26.5 cents. The discount price for conventional free-range eggs is 17 cents, for organic eggs it’s 27.9 cents. (organic-market)